what is insulin sensitivity 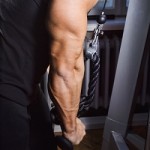 Insulin Sensitivity: Insulin is one of your body’s most critical hormones, and improving your sensitivity to insulin will ultimately help you AVOID storing carbs as fat (and instead shuttle those carbs to your muscles to be used as energy). One “tried and true” way to improve your insulin sensitivity and carbohydrate tolerance is to participate […]

A fairly recent study done in La Jolla, CA showed that consumption of this particular fruit was found to be associated with a significant weight loss. In fact, this particular study showed that two-hours AFTER ingesting this fruit, post-glucose insulin levels were significantly reduced among subjects compared to a placebo group. So this research indicates […]