Reverse Diabetes with A Common Spice:

Got a quick down and dirty fat loss tip for you today that everybody can benefit from.

It’s a common spice that’s probably already in your pantry and it’s wayyyy more beneficial than you realize, but you have to make sure you’re using it right.

I’ll turn it over to my go-to research nut and Nutrition Nerd, Nicky P. and let him explain exactly what I’m talking about.

Like Shaun said, this common spice is probably right inside your kitchen and it has been shown to:

It may be surprising to you, but cinnamon is one of the few spices that’s actually backed by a large number of studies proving its benefits. 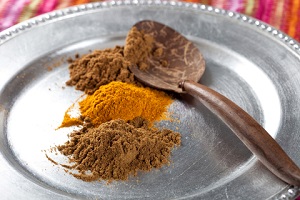 The most surprising aspect of this study is that the participants’ blood sugar levels and triglycerides stayed low for 20 days after they stopped taking cinnamon.

Why ELSE Should You Be Consuming Cinnamon Daily???

Cinnamon has benefits for everyone.

Now…how much should you take?

A safe and effective dose is between 1/4 to 1 tsp. a day.  Sprinkle it on your oats, in your protein shakes, and on your favorite occasional treat.

More cinnamon would show even stronger effects, but can contain too many toxins for most people.

If you really want to consume 3 to 6g of cinnamon a day, follow these instructions:

2) Boil the rest of your cinnamon dose in water, pouring off the infused water and discarding those solids floating on top

3) Because the toxins always float to the top, you’ll be able to consume a lot of cinnamon without the potential toxic effects

Important note on quality: out of 12 ground cinnamon specimens examined by the New York Board of Health, only three contained any cinnamon whatsoever and even those were largely mixed with sawdust.

The others were almost entirely composed of sawdust, starch, and cinnamon flavored oil.

What that means to you is that investing extra money to get some quality organic cinnamon might be a very smart idea – especially if you want the maximum benefits.

And by the way, don’t worry about getting Ceylon cinnamon or the so-called “fake cinnamon” Cassia. They are both good and show very similar benefits.

Now, if you want to use cinnamon because you want to reverse your type-2 diabetes or pre-diabetic condition and do nothing else,  keep dreaming!  This spice won’t do the work alone.

To ward off or reverse diabetes for good, you need both exercise, a good nutrition plan, AND extra supplements like cinnamon.

Shaun recently introduced me to his great friend Joe Barton and he explains exactly how to STAY off meds using his “all-natural” Diabetes Solution below.

Joe is actually a member of Shaun’s “Fit Pro Men’s Group” so he’s a close colleague that we both know, like and trust.

We both realize that things like blood sugar, medications, and even weight loss can be VERY sensitive subjects.

So we just wanted to let you know that you’re in GREAT hands with Joe:

Have a great MONDAY!