You are here: Home / nutrition / Why You Should DUMP Low Glycemic Carbs for FASTER Fat Loss

In yesterday’s post (Part 2 of my series on Real Fat Loss Nutrition) I blew the lid off the typical mainstream white starchy carb advice by revealing the truth about white potatoes and white rice.

I also exposed a huge hole in the caveman (Paleolithic) approach to nutrition in Part 1 of this series.

Even though I think this is a great approach to overall nutrition, if you’re active you’ll quickly hit plateaus and kill your hormones that control fat loss if you don’t modify it.

This is SUPER important stuff in order for you to be long term fat burner.

Today, I’m going to expose exactly why consuming lower glycemic starchy carbs like yams and brown rice can be a seriously misguided choice if you exercise and your goal is aggressive and sustained fat-loss.

Even though yams and brown rice are very healthy starchy carb sources, when it comes to fat-loss they’re not the BEST starch choices in my opinion.

But in my opinion this can be VERY misguided advice for those of us seeking six pack abs or, at the very least, a flatter stomach. 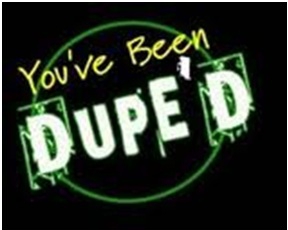 Let’s break it down the 3 misguided reasons:

Reason #1: Because they have a low glycemic index

The glycemic index attaches a number to food, which indicates how much it will raise blood sugar and/or spike insulin.

And since it’s nearly impossible to burn fat in the presence of high insulin, it would only make sense to choose lower glycemic carbs every chance you get.

However, this number basically becomes irrelevant when you combine any starchy carb with other foods (it then becomes about the glycemic load…not the index).

And since you should NEVER eat a starchy carb by itself anyway (more on how this works in Part 4 of this series), the glycemic index shouldn’t mean diddlysquat.

Reason #2: Because they contain more protein

Proteins from starches almost always contain gluten, which can actually block the absorption of protein and causes autoimmune diseases in many folks.

In fact, gluten is another reason I recommend people cut out ALL processed foods at least 5 days of the week. It only takes a teeny, tiny amount of ANY type of gluten to have a toxic effect on the body.

Even so-called healthy grains that have protein in them contain “anti-nutrients” that can be very problematic.

Besides all this, you should easily be able to get all the protein you need from naturally fed animal proteins and limited amounts of dairy instead.

My advice is to stop choosing ANY impact carb because it has more protein. That’s not what carbs are for.

Reason #3: Because they’re high in fiber

Choosing a starchy carb because it’s high in fiber is amateur advice.

Here’s a quick example so you understand the big picture and you can take this advice to heart. The main difference between white and brown rice is the processing and nutritional content. 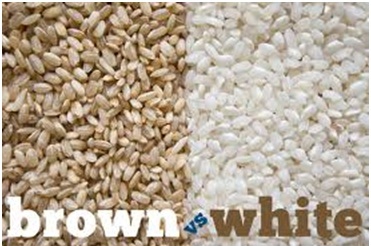 Basically, only one layer (the outermost) is removed when producing brown rice. When white rice is produced, everything is removed leaving only the starchy component.

This means pretty much all of the key vitamins and minerals in white rice are lost including the fiber. Now you can see why we’ve been told to use brown rice instead of white rice.

And when we’re trying to eat healthy balanced meals and keep blood sugar stable throughout the day without exercise, this is a great choice.

But there’s WAY more to the story because there are times when all we should care about is the pure starch.

This is especially true if we want to promote a healthy metabolism and burn more fat.

You should easily be able to get adequate fiber from whole fruits and fresh veggies everyday, so trying to get more fiber from starches is waste of time (in my opinion).

It’s a decent bonus side effect, but it shouldn’t be “the reason” you’re eating starches.

Ok, let’s recap from Part 1 and Part 2 of this series so it all sinks in:

In fact, these particular starches with higher glucose chains will even help you avoid the metabolic slowdown that’s associated with dieting and fat loss.

Now you can see why I love glucose.

All natural starches in their purest form and whole fruits should serve as a primary source of anaerobic fuel and for creating anabolism, which ultimately equals better performance, a healthier metabolism, and faster fat loss.

This is why the modern day Caveman would add white rice and white potatoes to his plan if he was lifting weights or doing cardio and intervals. 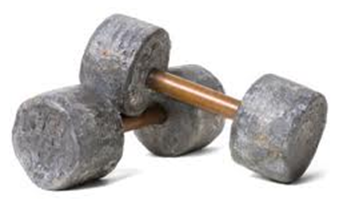 Putting it all together…

Now that you have an arsenal of legitimate reasons to make “white” starches part of your plan, you just have to know how to…

And that’s exactly what I’m going to cover in the final episode (Part 4) of this series on the modified Paleo/Caveman diet and Real Nutrition.

I’ve saved the best for last.

In the meantime, check out these resources to make these philosophies part of your lifestyle.

After all, there’s a HUGE difference between knowing all this awesomeness and actually have a proven plan to follow through and actually do it.

Listen, I know the information in this nutrition series challenges the normal belief systems of the weight loss industry, but if you’ve followed along closely it should make total sense.

It’s the best way to help other people and get them to listen too.

I know how busy today’s crazy world gets, so I want you to know that I appreciate you spending time reading this series.

Have an awesome day.