You are here: Home / nutrition / Are Diet Sodas Legitimately Healthy? (The official research is in….)

So after 40 years of consuming artificial sweeteners in this country, is there any proof that they help us lose fat? 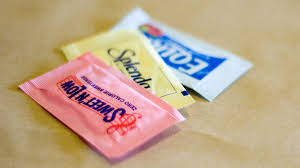 The world’s first artificial sweetener was:

If you answered a, you’d be incorrect. Aspartame, even with its numerous studies indicating it’s a cancer-causing substance, was not approved by the FDA until 1981.  If you chose c, you’d be wrong again. Splenda hit the market in 1999. And it’s definitely not d, since fructose is a fruit sugar. The only choice left is b. The correct answer is Saccharin.

Saccharin was discovered in 1879 making it the first artificial sweetener in the world. [A Russian chemist who had been working on coal derivatives accidentally got it all over his hands. When he went home and bit into a home-made roll, he noticed the amazingly sweet taste, even though there was no sugar in the bun. He had accidentally discovered saccharin (Sweet n’ Low, SugarTwin)]. 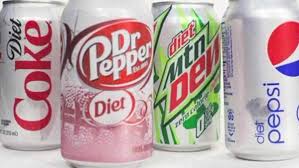 From 1960 to the year 2000, the consumption of artificial sweeteners had increased by 400%1. Diet Coke being the Number 1 seller of artificially sweetened soft drinks.

It was the American Diabetes Association that came out in 2012, stating, “including artificially sweetened drinks in the diet would reduce weight and weight related diseases (such as diabetes).”

They could not have gotten it any more wrong!

The obvious result is that since we’ve been using artificial sweeteners, obesity has skyrocketed.

The truth is that in 2012, results3 from the Northern Manhattan 10-year long study reported by Dr. Gardener from the University of Miami found that drinking diet sodas has a 43% correlation to strokes and heart attacks, a 34% increase in metabolic syndrome and absolutely no weight-reduction correlations.

Assuming that you’ll lose weight by eating less calories (by replacing regular sodas with diet sodas) has never been proven. On the contrary, no weight or fat loss has ever been reported.

Your best bet is to stick with natural sweeteners like Stevia.