I came across this remarkable study a while back and I wanted to make sure
you’re using this trick at least a few times a week so you can reap the benefits.

This is some pretty powerful stuff that will help you with both your long term
health and fat-burning hormones.

Now many of you already know I’ve been going against the grain and advocating
high intensity fasted training for over 15 years.

But before I reveal the findings of this research, I want to go on record by saying
there is strong research that supports both camps when it comes to the “fasted vs. fed” exercise debate.

Ultimately you have to figure out what works best for you personally through trial and error.

Since I’ve pretty much stayed under 10% body fat since 1998 using high intensity
fasted training (without losing muscle), you can probably see why I lean this way – heavily.

However, I know many folks (including a select few of my own private clients) that
get great results exercising in more of a “fed” state.

But the majority of the time fasted training done correctly “trumps” the results of
training in a fed state – especially when it comes to hormones and burning stubborn fat.

Ok, enough of my rant…let’s get to the study.

This is a GREAT way for you to take control and understand your #1 fat-loss
hormone, leptin, so make sure you read this article all the way through. 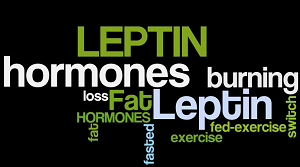 This indicates that fat cells are very metabolically active.

So unlike previously thought, fat cells release and receive a variety of different hormonal signals from things like leptin.

That’s one of the many reasons it’s so easy for an obese person to peel off the pounds
fast and why leaner individuals have a hard time burning off that last few pounds.

Here’s How You Can Reset Leptin and “Turn On” Fat-Loss In Only 30 Seconds…(Whether You’re Skinny OR Fat).

You already know that I’m a huge advocate of sprint-burst type training as a greatway to burn fat, but it actually may have another benefit.

A study done by Guerra et al. in 2011 looked at sprints and their effect on leptin “signaling.”

This study also used a group of individuals who were pretty lean (about 15% body fat).

They split them into two groups:

So Group 1 had an empty stomach and Group 2, considered the glucose group, ingested 75 grams of glucose one hour before sprints.

Both groups performed ONE Wingate bike sprint for only 30 seconds.

Researchers found that a SINGLE session of sprint training had powerful effects
on leptin “signaling” in the fasted group.

However, this was NOT seen in the group that consumed the glucose before their sprint. Only the fasted group saw leptin signaling be “reset.”

This indicates (but doesn’t necessarily prove) that insulin may interfere with the
leptin signaling to some degree.

Here’s what the researchers said about the study:

This is the same thing I’ve been saying for years.

Eating food and consuming calories before exercise is a “healthy” choice,
but it can end up blocking the release of powerful fat-burning hormones.

Chalk another one up to fasted burst-sprint type of training!

Not to mention all the other benefits of high intensity fasted training you’ve probably heard me preach about a thousand times.

Increased adrenaline (which are catalyst to break up stubborn fat), Growth Hormone (the one that keeps you looking younger), and lower blood glucose and insulin…

…ALL which leads to increased fat-loss.

While the study didn’t look at running (sprinting) or using bodyweight circuits…it will elicit the same response.

After all, the pathways are pretty much identical.

Fasted bursting, sprints or bodyweight circuits can be done any time on an
intermittent fasting day, before breakfast or even 3.5 to 4 hours AFTER a meal.

Of course, NONE of this is easy…it will require effort.

But at least this study shows you exactly how to get more bang for your buck.

Now you just have to combine it with a nutrition plan that you KNOW you can stick to for the long haul.

The ONE Day Diet is, by far, one of the easiest nutrition plans on the planet and its set up to work perfectly with this trick.

THIS is your ticket.

You’ll even get a *free* meal plan to follow:

Have a great day.