You are here: Home / motivation / Astaxanthin What?

We have a really cool article for you today from our friends at Prograde Nutrition about a unique ingredient (called astaxanthin).

Astaxanthin has some extremely interesting properties that help improve your endurance, accelerate fat loss, and a slew of other amazing benefits.

Intrigued? (I was too) Just read on my friends…

Have you ever wondered why krill oil was brightly colored red instead of yellow like other marine omega-3 lipids? Well, this red shade is not only pretty to look at, but it can help you burn more fat and increase your athletic endurance; added benefits we’re all looking for.

If that isn’t just a mouthful enough to say, it’s also has been demonstrated to have a laundry list of pharmacological effects including as an anti-oxidant, anti-cancer, anti-diabetic, and anti-inflammatory agent.

But, what we’re going to focus on here is fat loss and endurance.

Astaxanthin is a colorful antioxidant that occurs naturally in a few different foods – mainly of marine sources. It’s the primary reason some fish and seafood are colored red; the pink flesh of salmon is a perfect example.

However, you have to be careful: many farmed fish are given a synthetic version of astaxanthin in their diet, or their flesh is dyed with it before being sold in the market because astaxanthin is lacking in farmed fish feed.

In the wild, salmon and other fish get astaxanthin naturally from the microalgae they eat. In fact, microalgae is the greatest naturally-occurring source of astaxanthin; shrimp, krill and salmon are red from eating it. 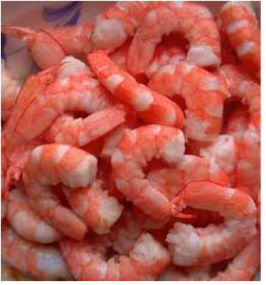 Another place to get astaxanthin in human diets is from bright yellow egg yolks, but again, this usually comes from synthetic form of astaxanthin fed to chickens; organic chickens are fed natural compounds containing astaxanthin, so that’s your best bet.

Most red, yellow and orange fruits and vegetables are colored due to other natural carotenoids, like beta-carotene. The best way for humans to get astaxanthin naturally is to eat a diet of wild salmon, trout, seafood, and organic chicken eggs, and take supplements rich in astaxanthin, like krill oil.

Fat Loss, Endurance and YOU…

A group of Japanese researchers recently demonstrated that mice given astaxanthin in several different doses along with a high fat diet had significantly lower body weight and body fat levels compared to mice fed a high fat diet of the same calorie level.

What this means is that when added to a high-fat, high-calorie diet, astaxanthin prevented mice from becoming overweight with a fatty liver and high blood fat levels.

The way astaxanthin did this was not by reducing the digestion of absorption of dietary fat, but instead by increasing the usage of fat as an energy source. This was supported by a decrease in the respiratory exchange ratio (RER), which indicates that fat was used for fuel, instead of carbohydrates.

Mice can run on treadmills too!

In another Japanese study, mice were given astaxanthin along with a daily exercise routine (and if you’ve never seen mice run on a treadmill, you’re really missing out).

They were divided into four groups: sedentary, sedentary plus with astaxanthin, running exercise, and exercise plus astaxanthin. After four weeks the animals in the exercise groups were placed on a treadmill to test a range of physical parameters.

Similar to the study above, astaxanthin increased fat usage during exercise and accelerated the normal decrease in body fat that occurs with regular exercise.

It did this by increasing the movement of fats into the mitochondria for energy production via enhanced carnitine palmitoyltransferase I (CPT I) activity (a transport protein for fat located on the cell membrane).

What this means is that astaxanthin supplementation spared muscle glycogen (a normal fuel source for exercise) and used fat stores instead.

Finally, mice given astaxanthin in doses of either 1.2, 6, or 30 mg/kg body weight for 5 weeks along with regular swimming exercise were shown to have a significant increase in exercise time to exhaustion (meaning they swam longer) than mice given a placebo.

Blood lactate levels (a marker of exercise fatigue) were lower in the animals given astaxanthin, while blood non-esterified fatty acid and glucose levels were higher (indicating that astaxanthin spared blood energy sources). Overall, astaxanthin improved swimming endurance when given for only a short period of time.

What Dose is Needed for Humans?

Many people criticize animal research as being irrelevant to humans, but that’s not entirely correct. True, we’re a different species, but our enzymes, muscle function and metabolisms are scarily similar.

Plus, there are only so many humans you can poke holes in before someone starts to get suspicious. But I digress…

The doses used in these animal studies can be converted to human doses.

All of the studies above used the same astaxanthin doses. At the lowest level of 1.2 mg/kg for mice, this translates to a dose of 0.1 grams (100 mg) for humans. At the minimum, humans can still take a dose of 0.012 grams (12 mg) of astaxanthin from all dietary sources and see results over no astaxanthin at all because research with humans have shown this dose to be effective for reducing blood triglyceride levels and increasing healthy blood HDL cholesterol levels.

Further, doses have been suggested to accumulate over time, since it is fat-soluble, so lower doses would act as higher doses with longer durations of supplementation.

By eating a diet rich in red-colored seafood like salmon and shrimp and supplementing with natural sources of astaxanthin from oils of krill and microalgae, you can increase the tools to keep your body lean, fit, and free of disease. And, in this age of chronic diseases and foods full of high-calorie anti-nutrients, we need all the tools we can get.

This premium source of Omega 3 is also absorbed much better than conventional fish oil. This means you can take 1/5 the dose (no that’s not a typo) and get by with two small capsules rather than ten large ones.

Why else would you even bother paying attention to this higher quality Omega 3? Science.

Just look at the research: 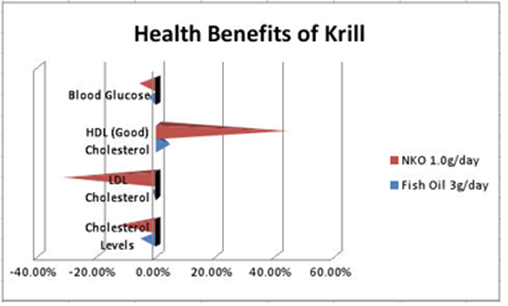 This was with only 300mg/day of krill oil.

Now that you’ve reviewed the research and learned all about astaxanthin, if you’d like to experience all the benefits you’re in luck.

We contacted our friends at Prograde Nutrition and put together a special 20% off Holiday Deal for you.

WHY do we recommend Prograde?

Simple. They back up every one of their products with proven science, a guarantee, and because their ingredients have integrity.

If you are looking for cheap products with shady manufacturing processes and you don’t care about the quality of what you are ingesting, Prograde is not for you.

However, if you are a busy person and you want to cut through all the hassle to work with a nutritional company you can trust. And you want to simply order a safe professional grade nutritional product that delivers on its promises.

Then Prograde krill oil is for you.

It’s sourced using proprietary methods of extraction to ensure purity and freshness.  Everyone who catches krill uses the same eco-friendly methods.  What they do with it after the catch and before processing is what separates the leaders from the pack. This is where krill can spoil and then you get a lower quality product.

Prograde specifically obtains their krill oil from a supplier who uses a proprietary method of extraction and processing that separates them from the rest of the pack. Third party testing even confirms the quality and freshness of krill oil they use.

Don’t settle for anything less but the best! 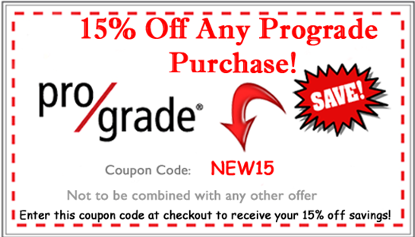 Of course, Karen and I never recommend anything we don’t use ourselves. So we’ve been fortunate enough to experience the results and benefits of Krill Oil first hand with less joint pain and faster recovery from our workouts.

That’s really just the tip of the iceberg when it comes to the benefits of a proven, high quality Omega 3 friendly fat.

If you want to learn more, just click the coupon or link above and check it out.

I hope you enjoyed the article!

Your friend and fat loss coach,

P.S. I was talking with my dad recently about his arthritis or “Uncle Arthur” as he calls it. I moaned and complained about cold weather (here in Michigan) and he bragged about the warm weather (Florida where he lives), but then he proceeded to tell me how much his quality of life was being affected by his joint pain and stiffness.

I told him he could either bitch and moan or do something about it. He said, “Like what!”

You know what happened next. A week later I got a phone call from him boasting about how much better he felt because of THIS: