You are here: Home / motivation / Diabetes Drugs and Deception

Although carb cycling can be very beneficial for keeping insulin and fasting blood sugar levels stable, I would never recommend it to a diabetic without professional
guidance.

It’s simply not my area of expertise.

But one of my great friends, appropriately named “The Nutrition NERD” recently did some intense research on diabetes drugs and what he found was pretty disturbing.

Take it away Nick…

I don’t claim to be an expert on this subject, but before ever thinking about “fast fat loss,” diabetics or people with sugar issues should think about taking care of their health first.

So I decided to do what I do best — do some research on the subject.

And what I found is not pretty.

It all starts with this fair warning… 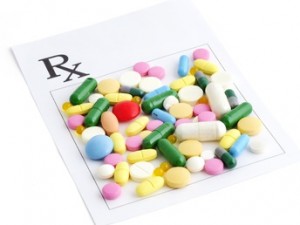 Seems like every doc under the sun tries to convince you that diabetes can’t be reversed.

OK, this is mostly true when it comes to type-1 diabetes, which affects only 5% of people with diabetes, so if you fall into this category, you’re stuck with it for life.

But type-2 diabetes, which affects 95% of people with diabetes,
is caused by poor diet and bad habits.

So it’s both avoidable and even REVERSIBLE with proper diet,
exercise and supplementation.

And of course, no one in the medical community talks about this truth…

Instead, they prescribe more and more diabetes drugs every year.

Today, researchers have determined that of the children born in the year 2000, 1 of 3 will suffer from diabetes at some point in their lifetime.

But the WORST fact I could find during my research is just how much the most popular diabetes drugs are terrible for you in the long run.

Here are 4 of the worst Diabetes drugs I could find:

– Has been linked to a 43% increased risk of heart attack and a 64% higher risk of cardiovascular death compared to patients treated with other methods!

– The drug is currently the subject of over 13,000 lawsuits against GlaxoSmithKline…

– In June 2011, France decided to ban this drug after studies found that using it for one year may be associated with an increased risk of bladder cancer

– Shortly after, Germany recommended their doctors to STOP prescribing this dangerous drug based on the same risks – In response, the FDA announced that Actos would still be diagnosed everywhere in the US, but that they would add a mere
mention on the label about the cancer risks…

– At the same time, it’s 10X more expensive than generics. A huge price to pay to destroy your pancreas and put your health at risk…

– Inhibits the DPP-4 enzymes in your body, which may allow some cancers to progress

What Should You Do Instead?

But it IS possible to reduce how much you rely on them, and eventually completely eliminate them and cure your type-2 or pre-diabetic condition — using food, supplements and exercise.

(Of course, you’ll have to inform your doctor about your plan and consult him frequently.)

If you want a complete plan to “naturally” reverse diabetes, whether it’s for you or someone you care about, make sure to check out this presentation below.

This is, by far, the best solution I’ve come across during
my research: